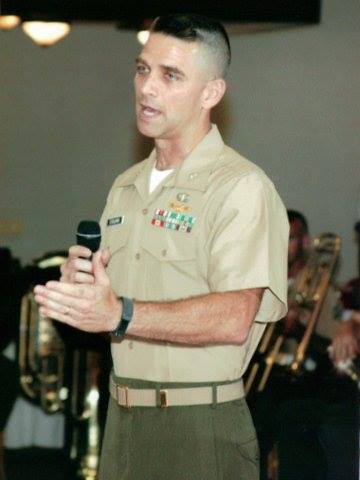 It is UAP’s goal through proper litigation, that a change to the death certificate be made and Mike’s death be permanently ruled as a “Homicide.” Colonel Stahlman’s wife, Kimberly, has continued to fight for the truth in the years following Michael Stahlman’s death.

Despite joining forces with forensic experts and collecting considerable scientific evidence, NCIS has refused to further consider or investigate the allegation that her husband was murdered.

In January of 2013, an Administrative Procedures Action (APA) was filed with the U.S. District Court in Maryland. The APA is a law which allows a federal judge to review and reverse the decisions made by governmental agencies. The lawsuit accused the defendants, who include NCIS and the Secretary of Defense with “acting in a manner that is “arbitrary, capricious, an abuse of discretion, or otherwise, not in accordance with law.”

The suit alleged that investigators “conducted little or no investigation” into at least 20 different matters that would have accompanied a thorough investigation and followed DoD directives. Among them, the number of bullets remaining in the Colonel’s 9mm. NCIS neither counted the bullets nor examined his blood-soaked mattress for the presence of a second round. In addition, the suit claimed that the blood spatter trajectory contradicts NCIS findings. It seems that Colonel Stahlman’s blood sprayed in a different direction from the bullet that NCIS claims killed him. According to the forensic expert, Michael Maloney, this is an impossibility because blood always follows the same path as the bullet that causes the injury.

A federal judge in Baltimore dismissed Kimberly’s challenge to the official conclusion that her husband’s shooting was a suicide in 2014.

Kimberly’s legal team is planning to meet with the Armed Forces Medical Examiner (AFME) to ask that the cause of death on the death certificate be changed. Additionally, the American Investigative Society of Cold Cases (AISOCC) has reviewed the evidence and conducted their own investigation. The AISOCC concluded that Michael Stahlman was murdered.

WHO WAS MICHAEL STAHLMAN?

Colonel Michael R. Stahlman graduated from the Marine Military School, a college preparatory school, in Harlingen, Texas, in 1981. He was a 1985 graduate of the U.S. Naval Academy, where he majored in political science, was assigned to the 13th Company, and graduated with distinction, according to a spokeswoman at the Naval Academy in Annapolis.

He was then commissioned as a second lieutenant in the U.S. Marine Corps and completed the Basic School at the Marine Corps base in Quantico, Virginia. Colonel Stahlman also completed Naval Flight officer training at the Naval Air Station in Pensacola, Florida, and F-4 specific flight training at Bergstrom Air Force Base in Austin, Texas.

Then, Colonel Stahlman’s career took a turn and he became increasingly involved in the legal aspects of the United States Marines. Along the way he became parachute qualified and as a result, his uniform bears both the wings of a Naval Aviator, and the jump wings synonymous with the legendary Marine Corps Force Recon Battalions. Those two areas, aviation and infantry, could not be any farther apart in the Marine Corps.

He graduated from California Western School of Law in 1993 with a juris doctorate and was admitted to practice law in California.

Colonel Stahlman was assigned to the Marine Corps Air Ground Combat Center at 29 Palms, California, where he served as Staff Judge Advocate and director of Legal Services. He was promoted to Colonel in 2007. In 2008, he volunteered for a one-year deployment to Iraq to serve as the Multi-National Force West Rule of Law Coordinator.

On July 31, 2008, Colonel Stahlman was found in his room at Camp Ramadi, Iraq with a gunshot wound to the left side of his head. He was evacuated by air for emergency treatment, and later moved to the Walter Reed National Military Medical Center where he died on October 5, 2008. At the time of his passing in 2008, Colonel Stahlman was one of the highest-ranking officers to die in the Iraq war. Colonel Michael R. Stahlman was laid to rest at Arlington National Cemetery on October 30, 2008.

Letters for the Stahlman family can be sent to: